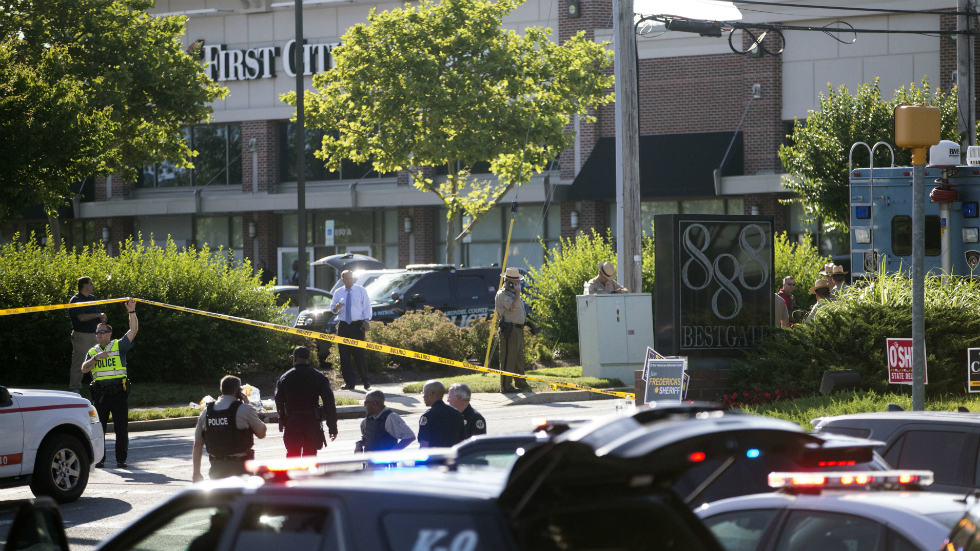 With the media in decline, will a memorial to fallen journalists help restore trust?

Amidst all the news in 2022, you may have missed this big story: Congress agreed to, and the President approved, the creation of a memorial to fallen journalists to be built in the nation’s capital.

The memorial will pay tribute to the men and women, national and foreign, who gave their lives so that you can know what is happening in the world. This comes amid mass media layoffs.

Yes, the fifth estate offers itself a property not far from the National Mall, a place of monuments honoring presidents and defenders of American freedom. This will be the first tribute to civilian journalists who have lost their lives in the exercise of their profession.

How did it happen?

The project was launched in the days following the one-year anniversary of the deadliest attack on journalists in US history when a gunman stormed the Capital Gazette in Annapolis, New York. Maryland, in 2018, killing five staff members. Former Rep. David Dreier (R-California), chairman of the board of the Tribune Media Group, led an effort to get bills introduced in the House and Senate, which were passed and signed into law in December 2020 .

What does it mean to have a memorial for deceased journalists?

First, expect controversy. The press has had a bumpy ride for many years, especially under the Trump administration. The media has suffered from the same lack of trust as many institutions lately, with the most recent data suggesting that only 7% of Americans have “a lot” of trust in the media, and 27% have “a fair amount.” The deep partisanship is reflected in Americans’ opinions on the news.

The memorial could play a role in diminishing some of this division. On the one hand, it focuses the mind on the many lives lost over the decades by people simply trying to do their jobs to inform us. According to supporters of the project, some 1,300 journalists have been killed worldwide in the past 25 years. Last year alone, at least 67 journalists lost their lives covering the news, according to the Committee to Protect Journalists.

Of course, all of this begs the obvious question, “Who is a journalist?” In a world of digital media, citizen reporting, drone newsgathering, and freelance, it’s sometimes hard to identify who has press badges. But this effort only underscores the importance of singling out those who use their photography, notebooks, iPhones and cameras in tough and deadly places to find out what’s going on. And more often than we realize, the deadly places are here in the United States.

A gunman murdered Virginia TV reporter Alison Parker and photojournalist Adam Ward during a live broadcast. Journalist Charnice Milton was shot dead as she left an assignment in a Washington, DC neighborhood amid a rampage of gun crime. New Orleans television news anchor Nancy Parker died in a plane crash while covering a pioneering African-American stunt pilot. The list continues.

Building a monument to deceased journalists has the obvious benefit of reminding us that freedom of information is a fundamental tenet of a democracy and that without news we would be in the dark and no one would hold the powerful accountable. Information is the oxygen with which free societies breathe.

But that won’t stop debates about the meaning and purpose of the media – who and how facts are determined and reported. And we should welcome this discussion. Journalism today faces serious challenges, from the role of artificial intelligence to the basic security needs of correspondents and producers.

We have yet to define the best business model for journalism today – is it paywalls or firewalls, subscriptions, ads or free access? In this category should be a lively debate about the role of public television in a world of streaming services. We need to talk about “fake news” and misinformation, misinformation or lack of information, information deserts, digital divides and high costs of internet service, to mention a few areas of attention.

And it is vital for a democracy that we examine the civic roles and responsibilities of journalists and how best to train future reporters to think and write clearly, to analyze, to check their own biases, to listen, to investigate and to resist the temptation to get the news.

A memorial that honors deceased journalists will force us to confront censorship and repression, cable chatter, muddled opinions in the news, fact-checking, access control, and the basics of what it takes to to be a freelance journalist in a world of pandemics, wars, climate change, food insecurity and hyper partisanship.

It’s high time we had a national, if not international, conversation about journalism as we honor those who have fallen doing the necessary work of news coverage.

Tara D. sonenshine is a former U.S. Undersecretary for Public Diplomacy and currently the Edward R. Murrow Professor of Practice at Tufts University’s Fletcher School of Law and Diplomacy.