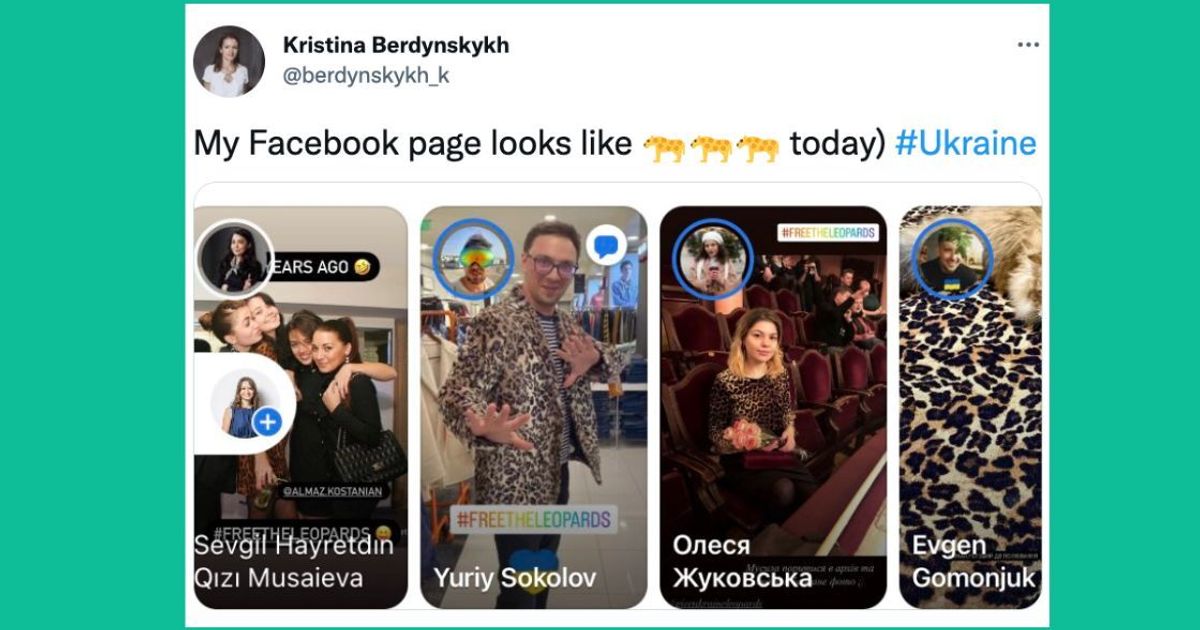 Ukrainians united this week wearing their favorite leopard print outfits in a bid to send a message to Germany – and here’s why.

Ukraine’s allies have been supplying arms to the country since Russia invaded in February last year, but Kyiv’s most recent request for Leopard II tanks has been met with hesitation.

Although Germany backtracked on Wednesday, Berlin was reluctant to allow these particular tanks to be sent to Ukraine for weeks in advance.

The Leopards are all made in Germany, so he had to give explicit permission for one of the tanks to be re-exported even if it came from other countries.

Germany’s hesitation is believed to stem from fears that it will escalate Ukraine’s war against Russia by sending such heavy armor – even though the West has been sending similar equipment for months – and it was calling on the United States to send its own Abram tanks first, so it was more of a joint action.

Ukraine was particularly interested in Leopard II tanks because of the firepower and mobility they offer, which should help them break through Russian defensive lines and reclaim land currently occupied by Russian forces.

Equipment is also needed as soon as possible, as troops need to be trained on tanks and Russia is expected to launch a heavy spring offensive soon.

Ukraine and Russia only have stockpiles of Soviet-made tanks so far, with Moscow supposedly sending substandard tanks into battle.

At the beginning of the full scale, I found a luxurious leopard blanket in a pile of humanitarian aid, on which I slept until October, when I ate it somewhere near Kharkiv. Even the lieutenant colonels were jealous of my lair.

It wasn’t just Ukrainians on social media who pushed Germany into action.

Berlin came under significant pressure from other Western allies, particularly when Poland suggested it could send the Leopard II tanks it has to Ukraine, even without Germany’s permission.

The United States is also expected to announce its intention to send Abrams tanks soon.