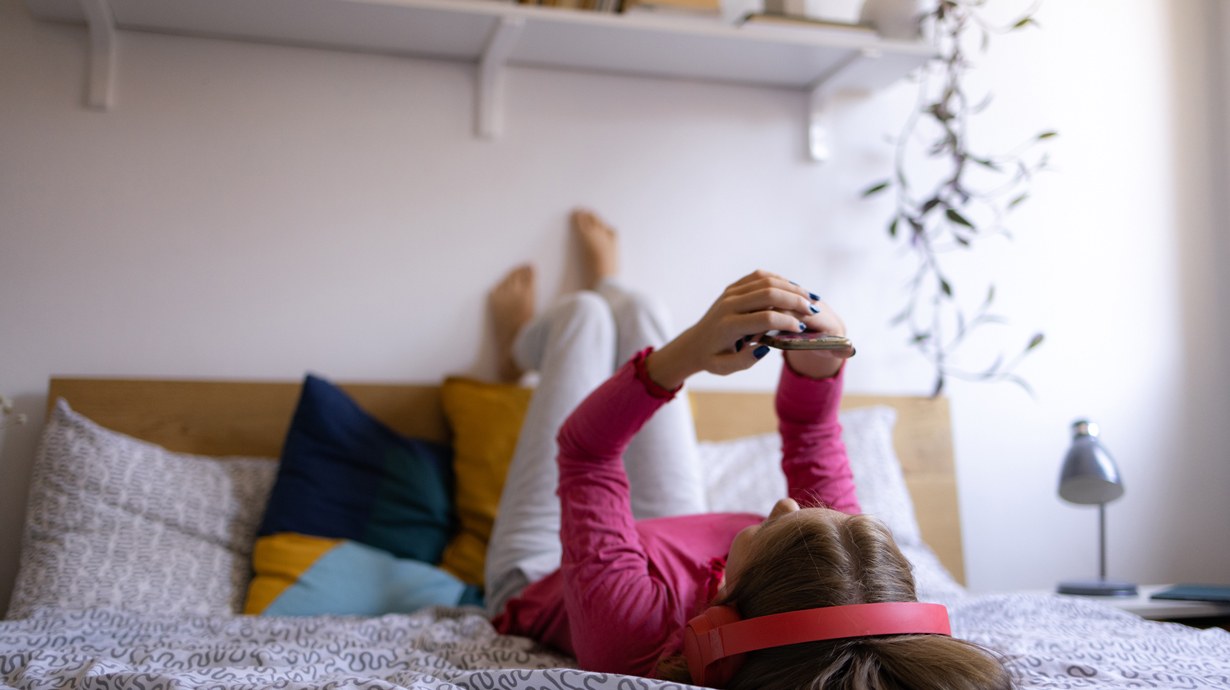 What are the effects of social media on teenagers?

“But once social media platforms like Instagram and Snapchat started to become more popular, especially among their friends, our kids started to get curious and started browsing sites and creating their own pages,” Montgomery says. Riley. That’s when the conversation about security shifted to include discussions about using and monitoring what her daughters were doing online.

It’s a conversation many families are having today, as social media plays a major role in the lives of most teens. Research shows that 54% of teens (13-17) say it would be difficult to stop using social media platforms.

So how does all this social media use affect teens?

A recent study found that screen time and social media usage for tweens and teens averages 8 hours and 39 minutes per day, according to Common Sense Media. And parents like Montgomery Riley worry about the effects social platforms have on their children.

Some studies indicate that children and teens who frequently use social platforms may experience high levels of anxiety and depression, according to the Mayo Clinic. Others suggest that social media can have a positive impact on teens’ lives. In the end, teens’ experience with social media often comes down to how they use it.

What are the positive impacts of social networks on young people?

Montgomery Riley describes her family as “heavy” social media users, but she can see the positive effects of social media. For example, she uses social media to grow her business.

“Instagram, TikTok and YouTube, I use them to promote my business,” says Montgomery Riley, owner of a public speaking and leadership skills business for K-5 kids. “I also like to use it to share snippets of moments in my family, in my life.”

Teens and tweens are equally eager to share their own lives, and the ability to connect and stay up to date with friends and family is one of the benefits of social media. Many teens also see social media platforms as places where they can express their creativity and find support from their friends.

These platforms can allow teens to develop online personalities that can enhance their social lives and promote their strongest qualities and talents. Social media can provide a safe haven for tweens and teens who are introverted, insecure, or feel like an outsider.

One in 4 students say they use TikTok for school, according to a new survey from online learning platform Study.com. And 69% of those who use TikTok for education said it helped them complete their homework.

“Teenagers can learn some things,” says Montgomery Riley. Sometimes her daughters may stumble upon things they would never see in a library. “And yes, libraries are great, but social media provides this immediate gratification, this exposure and the opportunity to see how things evolve.”

What are the negative effects of social media?

The potential negative effects of social media on teens have been well documented and are an ongoing concern for parents and caregivers.

One of the biggest concerns about social media is how it affects teen mental health. Studies have linked increased use of social media to increased depression, anxiety, loneliness and lack of sleep. For parents, it can be difficult to just get kids to tune out and tune out.

“We talk to our 14-year-old about use and exposure and the effect it can have on the body,” says Montgomery Riley. “I tell her to rest her mind because if she doesn’t sleep she won’t be able to function in school.”

It is important for parents to understand how social media affects self-esteem. Research shows that teens’ desire to feel popular is often linked to the number of replies and likes they receive when they post or share comments. Because of these high expectations, some teens admit to feeling overwhelmed and “worse in their life” due to their interaction with social media.

Harassment on the internet

Another negative effect of social media is cyberbullying. Teens and adults can receive hurtful and malicious messages online. This type of abuse and harassment can cause serious damage to the self-esteem and confidence of many teenagers. And there’s also catfishing, which is also classified as cyberbullying. A study shows that it only takes 18 to 30 minutes for a predator to persuade a child they have never met to meet in person.

For some teens who spend hours online, face-to-face communication can be difficult. According to some experts, too much interaction on social networks can affect the essential social skills and the risk-taking inherent in the relationship of friendship. Part of building a healthy sense of self-worth is taking the risk of telling someone how you feel, even if you don’t agree with them.

On the other hand, for many children who are neurodivergent or have difficulty interacting in the real world, online interaction is a much more comfortable space for making friends.