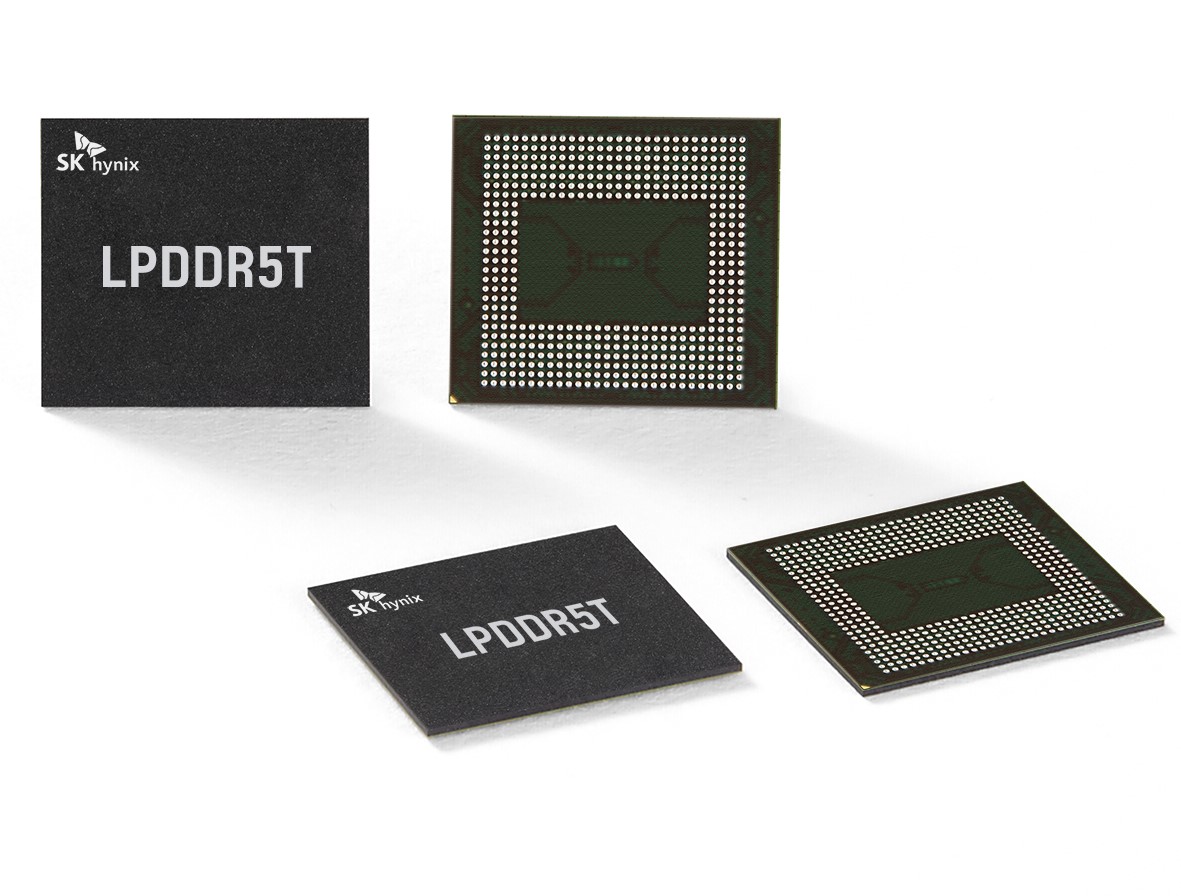 By the second half of 2023, LPDDR5T will be the fastest mobile memory standard with transfer speeds of 9.6 Gbps per chip and 77 GB/s per 16 GB package. SK Hynix will mass produce this type of memory on its latest 10nm nodes with High-K Metal Gate technology.

The fastest LPDDR5X memory currently available with transfer speeds of 8.5 Gbps was introduced in late 2022, but now, after just a few months, SK Hynix is ​​pushing the boundaries with an even faster iteration called LPDDR5T. To better highlight transfer speeds of up to 9.6 Gbps (13% faster than LPDDR5X), SK Hynix replaces the suffix X with T for Turbo.

Since it is designed for handhelds and ultrabooks, the LPDDR5T chips operate at ultra-low voltages between 1.01 and 1.12 V. A standard 16 GB multi-chip package is designed for transfer speeds of 77 GB/s. The new type of memory is expected to see mass production on SK Hynix’s fourth-generation 10nm nodes in the second half of 2023. With the integration of High-K Metal Gate film into DRAM transistors, SK Hynix can provide lowest power consumption, while improving transfer speeds.

With the vast increase in transfer speeds, LPDDR5T memory could prove beneficial not only for 5G handhelds and ultra-thin laptops, but also for AI and machine learning applications, as well as for VR/AR. This would be the last iteration of the LPDDR5 standard from SK Hynix, as the South Korean company plans to focus on LPDDR6 next.

Are you a technician who knows how to translate? So join our team!
Details here

I first entered the wonderful world of IT&C when I was about seven years old. I was immediately fascinated by computer graphics, whether from games or 3D applications like 3D Max. I’m also an avid science fiction reader, astrophysics enthusiast, and crypto geek. I started writing PC articles for Softpedia and a few blogs in 2006. I joined the Notebookcheck team in the summer of 2017 and I’m currently a senior tech writer covering mostly CPU news, GPUs and laptops.

Thank you for sharing our article, every link counts!