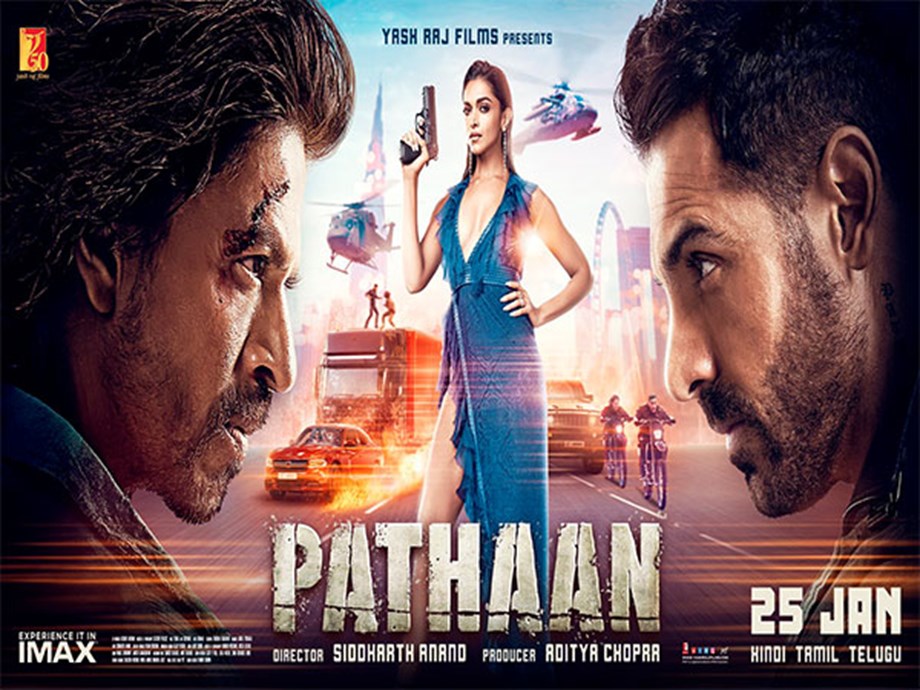 ”Pathaan”, which marks Shah Rukh’s return to filmmaking after a hiatus of more than four years, opened to a positive response in cinemas across the country on Wednesday. Directed by Siddharth Anand, the high-octane spy thriller also stars Deepika Padukone and John Abraham.

PictureTime will screen four shows of ”Pathaan” each day in its traveling theater, set up at a height of 11,562 feet, according to the company.

The Hindi film will also be screened at the company’s other three inflatable halls in Asifabad (Telangana), Sardarshahar (Rajasthan) and Arunachal Pradesh.

“The whole nation is delighted to watch ‘Pathaan’ and the beautiful people of Leh too. Our continuous efforts have been to bring renowned cinematic titles to the inland regions of India,’ Sushil Chaudhary, CEO and Founder of PictureTime Digiplex, said in a statement.

“Shah Rukh Khan’s fandom is spreading everywhere, and this is the first time one of his recent films has been released in Leh. We are also doing similar screenings in Asifabad, Sardarshahar (Rajasthan) and Arunachal. This is a happy occasion for all Shah Rukh Khan fans to come see their favorite star on the big screen,” he added.

Produced by Yash Raj Films, ”Pathaan” was also released in Tamil and Telugu. Ladakh got its first inflatable cinema with PictureTime Digiplex, a private company, installing the theater in the union territory in 2021.

(This story has not been edited by the Devdiscourse team and is auto-generated from a syndicated feed.)