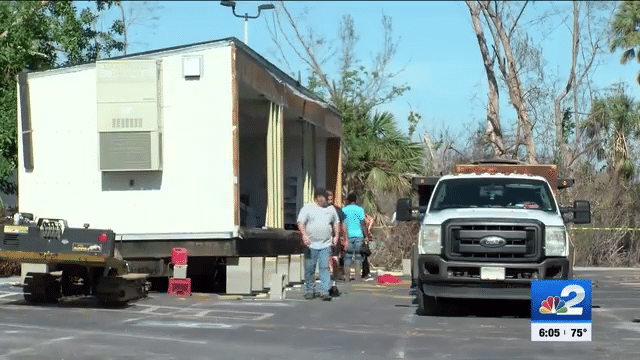 SANIBEL, Florida – The United States Postal Service made a big delivery for people who live on Sanibel Island.

Hurricane Ian tore through the Sanibel Post Office nearly four months ago. Since then, residents have been without a post office, but not for very long after mobile units arrived Tuesday evening in front of the current post office site.

John McGrath lives on the island and was taking photos of the unit to prove they had finally arrived.

“I’ll take it as soon as they can get it.” If it’s in a month, that’s fine with me. As long as I can see something,” McGrath said.

Residents like McGrath have been forced to drive near RSW Airport to collect their mail.

Resident Jennifer Lee called it a long journey for her and her husband.

“We drive an hour and a half to the post office off Jetport Loop Road. It’s an all-day event,” Lee said.

Residents and business owners say the mail is essential to keeping the island functioning and building back stronger.

“To eventually bring in new businesses and new residents, you need a functioning post office. It seems unusual not to have done so,” noted Sanibel business owner Tom Stumph.

The US Postal Service said more work was needed before units could open. No date has been given as to when residents will be able to collect their mail.