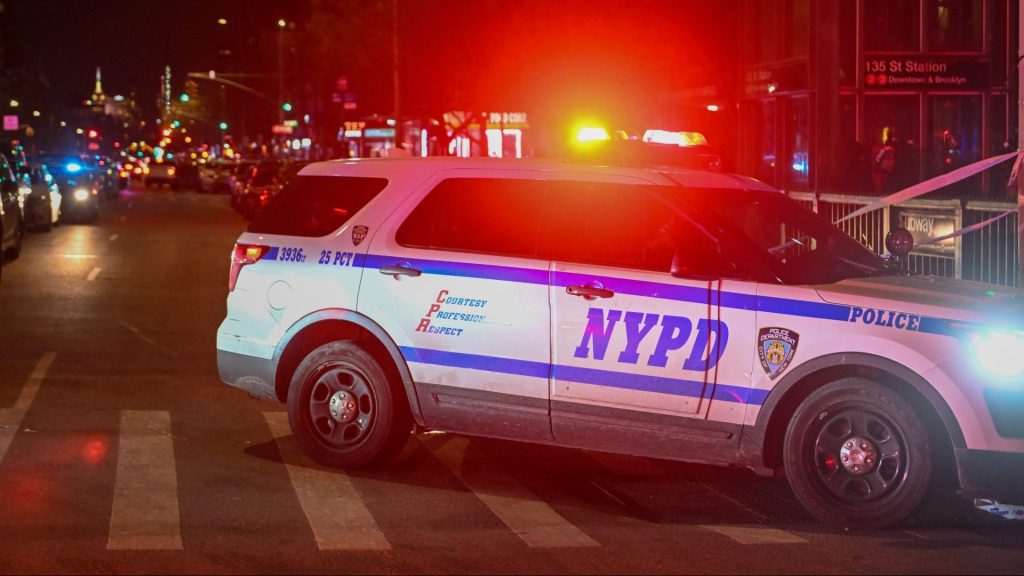 
A video went viral over the weekend showing the New York Police Department recording Drake fans as they left his Apollo show. After the internet reacted to the clip with disdain, the NYPD released a statement explaining their actions and reassuring the public that they were not attempting anything nefarious. Instead, the department claimed the images were collected for use on social media.

“The officer depicted in the video is a community affairs officer involved with the 28th Precinct’s social media team,” the statement read. Rolling stone. “The officer was taking a video for an upcoming Twitter post that will highlight local community events. The video will not be used for any other reason.

Mayor Eric Adams, who was on hand for the show, doubled down on the NYPD’s intentions, issuing his own statement, ABC7 reports. “Well, we have to be honest with ourselves first. Twitter isn’t real and these little people who come and go all the time talking to themselves,” Adams said.

“When you have those sitting at home in the corner of the room trying to find a reason to separate the NYPD from ordinary New Yorkers, then they’re going to say that. Congratulations to this great captain of the 28th police station. I know this neighborhood. I know this captain. He is very community minded and community focused and I commend him for that.

“It was a big event,” he added. “Drake back to the Apollo! We want that. We want our police and our community involved,” exclaimed the mayor.

Drake’s Apollo performance was called “gratitude” and took place on January 21 and 22.

His setlist included forty hits and fan-favorite tracks such as “Feel No Ways”, “Trust Issues”, “One Dance”, and more. Over the two nights, special guests included 21 Savage, Lil Uzi Vert and Dipset.