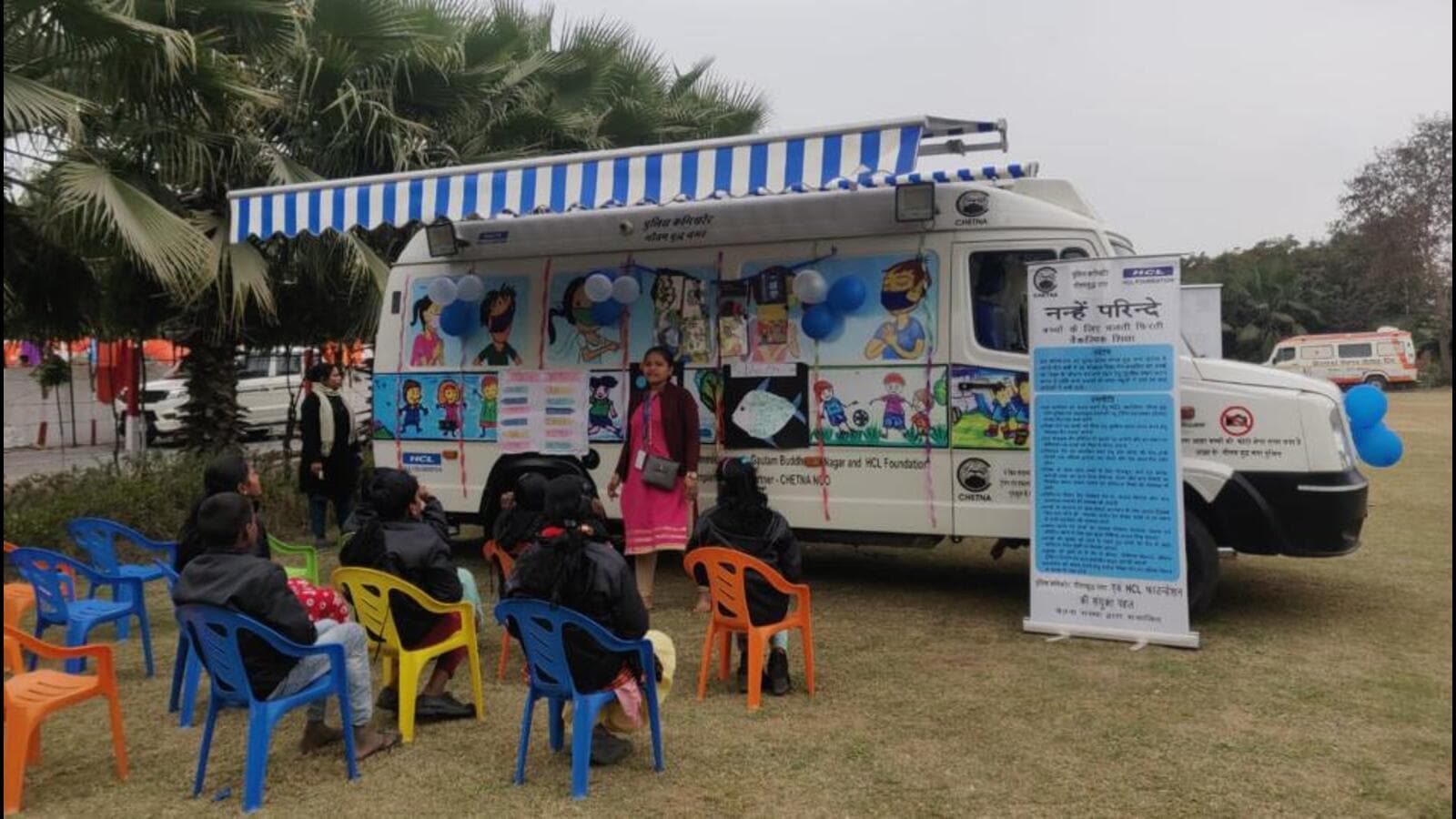 Sonam Kumari, 12, whose mother died in childbirth and whose father sells vegetables in Sector 71, has never been to school. But for the past two years, she’s been learning fourth-level English, math and science for two-and-a-half hours a day in a mobile education van, which travels to her temporary Sector 70 settlement.

“I used to stay home, do household chores and cook. But in May 2021, I enrolled in a mobile van school with my father’s permission. At first, I was not interested in studying, but after talking to teachers, I now have the ambition to become a teacher as well,” says Sonam.

She is one of 2,124 out-of-school children in Gautam Budh Nagar who have benefited from an alternative education system thanks to “Nanhe Parinde”, an initiative of the Gautam Budh Nagar Police in collaboration with the HCL Foundation and the NGO Chetna, officials said.

The mobile classrooms are equipped with LCD screens, audio systems, CCTV cameras, GPS and educational materials to provide students with access to education and exposure.

“Providing a comprehensive life skills-based education and initiating collective social action will help empower young people in marginalized communities. It is our responsibility to help young talent grow so that they can contribute to the nation,” Singh says.

According to official data from program coordinators at HCL, since January 2021, 2,124 children have received “bridge schooling” via mobile vans and received 64,826 nutritious meals through the program.

“With the support of the local police station, each van reaches 50 to 60 children daily. The vans stay in a temporary settlement for about two and a half hours, then head to their next destination. Since this is ‘bridging schooling’, our goal is to integrate these children into schools,” says Dr. Nidhi Pundhir, Vice President, Global Corporate Social Responsibility, HCL Foundation.

Sonam also plans to enroll in a public school near her locality in sixth grade.