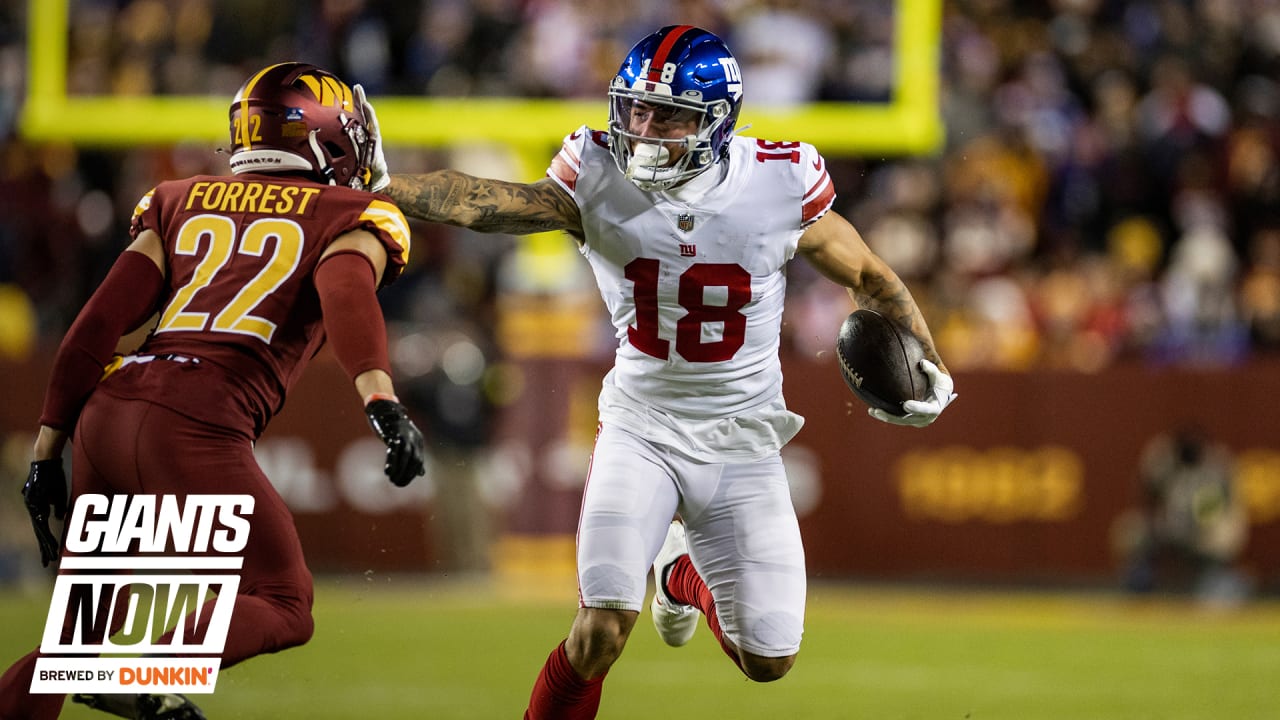 The Giants have received strong performances from some unlikely sources throughout the 2022 campaign, but perhaps none more so than Isaiah Hodgins.

After being assigned to the Giants on waivers on Nov. 2, just a day after being released by the Buffalo Bills, Hodgins arrived in East Rutherford with just 20 offensive snaps and four receptions to his name in two games.

Despite only playing eight regular season games for the Giants, the second-year wide receiver finished the season tied for the team’s most touchdowns with four to go with his 33 receptions for 351. yards. Hodgins is now recognized by the media for his impressive game.

NFL.com’s Nick Shook recently picked an unsung hero from each team where Hodgins received the honor for the Giants.

“The Giants’ stunning turnaround was born out of a number of key developments on offense, including the resurgence of Saquon Barkley, a breakout year from Daniel Jones and a sneaky rookie campaign from tight end Daniel Bellinger. Hodgins is my pick here, though, because of how well he capitalized on his opportunities,” Shook wrote. An in-season addition, Hodgins hit the ground running in New York, catching 33 of 42 targets for 351 yards and four touchdowns in eight regular season games (five starts). His performance at Super Wild Card Weekend – eight catches for 105 yards and a touchdown against the Minnesota Vikings – only added to his growing legend with the Giants, a team desperate for unlikely contributors to step in the passing game Hodgins certainly answered the call. ‘call.

In a similar vein, Pro Football Focus’ Marcus Mosher has selected Hodgins as the Giants’ “secret superstar” for the 2022 season.

“Over the last five games of the regular season, Hodgins had 250 yards and four touchdowns,” Mosher said. “He also had a monster game against the Vikings in the wildcard round, catching eight passes for 105 yards and a touchdown. Hodgins doesn’t quite solve their WR need, but it’s a nice piece to have going from the front.”

Mosher described Hodgins as a “diamond in the rough” found by general manager Joe Schoen.

The 6-foot-4, 210-pound receiver finished the regular season on a high, catching a touchdown pass in four of his last five games. He then burst for eight receptions, 105 yards and another touchdown in the Super Wild Card Weekend win over the Vikings.