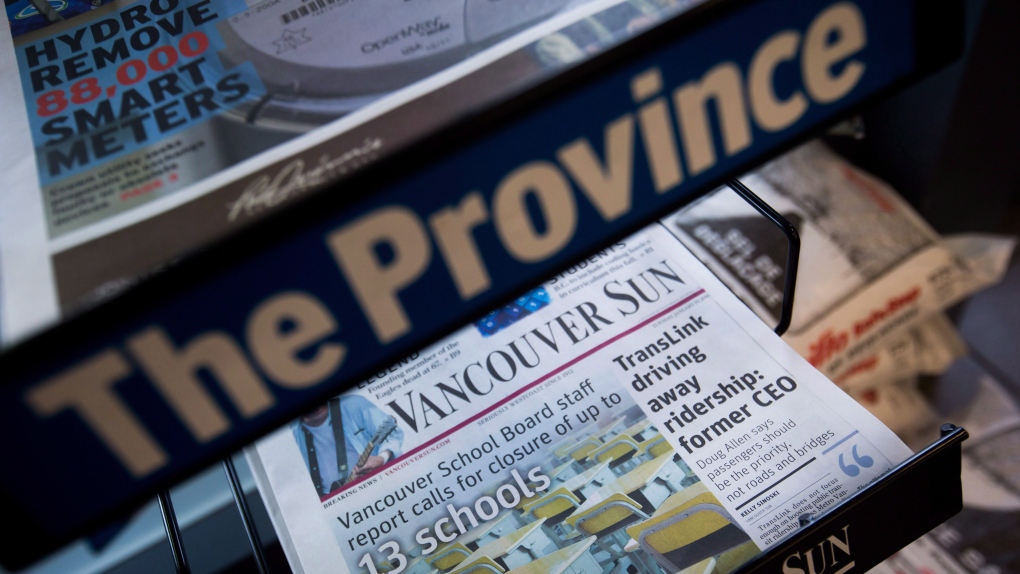 Newspaper publisher Postmedia Network Corp. is laying off 11% of its editorial staff, less than a week after workers were told the company was in the grip of an “economic contraction”, sources told The Canadian Press.

Postmedia, which owns publications such as the National Post, Vancouver Sun and Calgary Herald and employs about 650 journalists, announced the layoffs at a town hall on Tuesday afternoon.

In an audio recording of the meeting obtained by CP, Gerry Nott, acting senior vice president of editorial content, said the cuts would impact all of the company’s publications except Brunswick News and Postmedia. Editorial Services, which have already been reduced.

“There is not a property in our network that will not be affected by restructuring, reorganization or layoff,” he said.

“And to be clear, it’s about aligning our cost structure with our revenue stream in the face of the continued decline in our industry and the economic headwinds that led to this difficult decision to cut staff.”

Postmedia did not respond to a request for comment on the cuts.

The sources asked not to be identified as they were not authorized to speak publicly on the matter or share recordings of the meeting.

The job cuts come days after the company warned staff in a memo that an unspecified number of positions would be cut across Postmedia over the next few months due to hiring restrictions and layoffs.

At the same time, it announced it was shifting a dozen of its Alberta community newspapers to digital-only formats, considering other printing outsourcing deals, laying off workers and selling the Calgary home. Herald.

The company also adjusted printing times in major markets, made changes to its comics and puzzles, and eliminated newspaper publishing on certain days, Nott said Tuesday.

“If we hadn’t made these changes, the number of journalists affected by the dismissal would be considerably higher,” he said.

Nott added that the company has not yet identified any specific jobs that will be cut and said it’s possible executive positions will be affected at a higher or disproportionate rate than non-executive positions.

He expected to start having conversations with the editors making the cuts within the next 24 hours and urged anyone who felt they couldn’t be part of the company’s future to talk to unions, human resources or representatives of the drafting of voluntary redundancy plans.

Nott also revealed that the company will transition to remote working permanently, with the exception of markets like Toronto, Vancouver and Montreal, which he said will return to the office.

He acknowledged the moves would create a “difficult time”, but said it was “vital” to find a way through this “extremely turbulent expanse”.

“I always think we hit rock bottom, and then they always find new rock bottom,” he said. “I just don’t know how you can run a successful media business with that level of staff.”

He added that the budget cuts only make it harder to fight disinformation and misinformation, are bad for democracy and mean “Postmedia is now treading water to survive.”

Newspaper conglomerates, including Postmedia, have long grappled with dwindling print subscribers, the rise of big tech companies that have eaten away at media profits, and rising online advertising. from the print media.

“The unassailable truth is that the print audience is going away, it’s a demographic that’s not being replaced by another reading audience that consumes news in the same way,” Nott said.

“Clearly our advertisers have moved from print to digital. Clearly in the digital space we are up against a behemoth that makes it very competitive and very difficult for us.”

In recent years, Postmedia has coped by closing a number of small town newspapers, reducing print production of some of its titles and resorting to layoffs and voluntary buyouts to manage costs.

When asked if the Montreal Gazette or even Postmedia would exist in the years to come, Nott replied, “I think there’s every reason to hope and we’ll exist in three to five years. “


This report from The Canadian Press was first published on January 24, 2023.