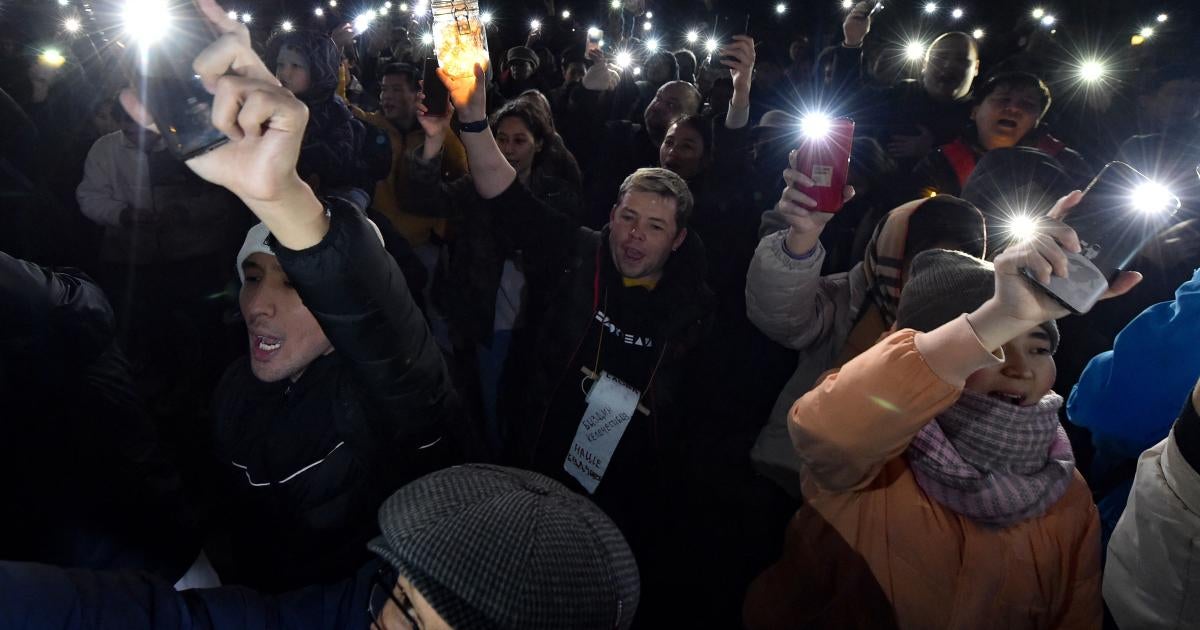 (Bishkek, January 26, 2023) – The Kyrgyz Ministry of Culture has filed a lawsuit in an attempt to end the operation of “Azattyk Media,” the Kyrgyz service of Radio Free Europe/Radio Liberty, Human Rights Watch said. today. The government should immediately withdraw the lawsuit and stop its harassment of independent media.

The ministry filed the lawsuit in a district court in the capital, Bishkek, on January 23, 2023. The ministry blocked access to Azattyk Media’s websites and froze its bank account in October 2022, following coverage by the media of a border dispute between Kyrgyzstan and Tajikistan. . Azattyk Media filed a lawsuit. The hearing is scheduled for January 26.

“Closing Azattyk Media would be a severe blow to media freedom in Kyrgyzstan and the prosecution should be immediately withdrawn,” said Syinat Sultanalieva, Central Asia researcher at Human Rights Watch. “The government must end its attempts to control and censor independent journalism in Kyrgyzstan and restore its commitment to international human rights obligations, particularly media freedom.

In October 2022, using the controversial law on protection against false information, the ministry ordered access to Azattyk Media’s websites, which had been blocked for two months due to a video released on the September border dispute between Kyrgyzstan and Tajikistan. The order was extended indefinitely after the outlet refused to remove the video. Authorities say the video, which featured correspondents from both countries presenting their governments’ official positions, used hate speech and false information to imply that Kyrgyzstan had attacked Tajikistan.

The January 23 lawsuit refers to Article 23 (Clause C) of the Kyrgyz Mass Media Law, which prohibits “war propaganda, violence and cruelty, national and religious exclusivity and intolerance towards other peoples and nations”. In the lawsuit, the ministry says Azattyk Media’s refusal to remove the video in defiance of the October order led to the video spreading widely on social media, which the ministry interprets as propaganda . A hearing in that case is scheduled for February 9.

The ministry first asked Azattyk Media to remove the video on September 16, followed by a warning that it would use the Misinformation Protection Act to suspend the sites if the video was not removed within 24 hours. Azattyk Media has formally responded, refusing to take down the video, in accordance with what it considers standard journalistic practice. The authorities then froze the bank account of the media.

Kyrgyzstan’s media community has expressed concern over the Kyrgyz government’s continued harassment of independent journalists and attempts to restrict media freedom, saying the ministry should withdraw the lawsuit. The Committee to Protect Journalists said the potential closure of Azattyk Media would damage the country’s international reputation. Radio Free Europe/Radio Liberty released a statement rejecting “these continued unlawful attacks against Radio Azattyk and our independent reporting”.

Kyrgyz authorities have recently stepped up efforts to control and censor the mass media amid continued crackdowns on freedom of expression and civil society. On November 23, the Bishkek City Court ordered the expulsion of Bolot Temirov, a Kyrgyz investigative journalist, apparently in retaliation for his professional activities.

In September, the Kyrgyz administration submitted for public scrutiny draft amendments to the Mass Media Law, which included penalties for “abuse of freedom of expression” (Article 4). After the draft drew heavy criticism, the government withdrew it with the stated intention of reworking it in cooperation with media experts, but the most recent draft reportedly tightened restrictions on the media and ignored suggestions from Civil society.

On January 20, US Senators Bob Menendez and Jim Risch, members of the Senate Foreign Relations Committee, issued a statement condemning the Kyrgyz government’s crackdown on RFE/RL and other independent media in the country. The Kyrgyz President’s press secretary, Erbol Sultanbaev, responded via his Facebook page, saying Kyrgyzstan has the right conditions for a fully functioning independent media in the country.

“Kyrgyz authorities must ensure favorable conditions for independent media in the country, not just on paper, but by their actions,” Sultanalieva said. “The Kyrgyz government should defend independent media, not undermine its work.