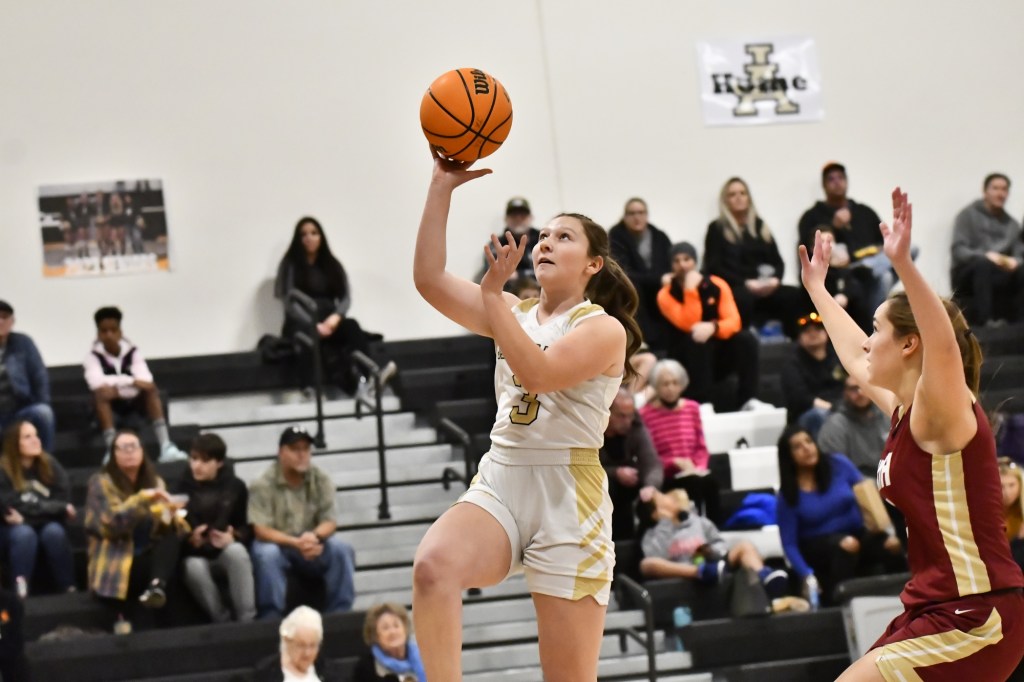 Whether she’s helping her football team win a state title game or scoring 18 points on the field — like she did at home against Faith Christian on Wednesday night — the Jefferson Academy senior s has proven to be an invaluable member of the Jaguar community. And success seems to follow her wherever she goes.

In Wednesday night’s game, Kirkpatrick took charge of his team’s offense to help the Jaguars expand their lead early on before beating the Eagles 50-27. She sat for much of the fourth trimester, her night’s work already done.

“She’s a great leader on and off the court,” said head coach Mark Sharpley. “She’s starting to really, really find her groove too, which is great. She shoots well, she leads well and she plays well in defense.

She hopes to build on that success and the lessons she learned along the way in her college football career at Concordia State University Division II next year. Win or lose, Kirkpatrick is grateful for the opportunities basketball has given her, especially as she prepares for her final season with the Jaguars.

A total of nine Jaguars entered the board after Kirkpatrick picked up the pace of play throughout the first half, allowing more ladies to gain minutes in the second. The win came as a welcome return to normality after several of the Jaguars – Kirkpatrick included – missed recent contests due to illness or club football.

Jefferson Academy improved to 9-6 and 4-3 in the 4A/3A Metro League after the decision.

The Jaguars shot well as ball movement, defense and rebounding helped them take a 23-3 halftime lead. They exploited any mistakes the Eagles made and continued to do so as Sharpley began to phase out the starters as the second half progressed.

Now that the ladies are back on the winning track, they hope to keep that spark alive when they head to Peak to Peak on Saturday morning.

“I feel like today we really played a team game and we had it really well,” Kirkpatrick said. “We were able to move the ball around the perimeter and that’s what made us successful as a team.”