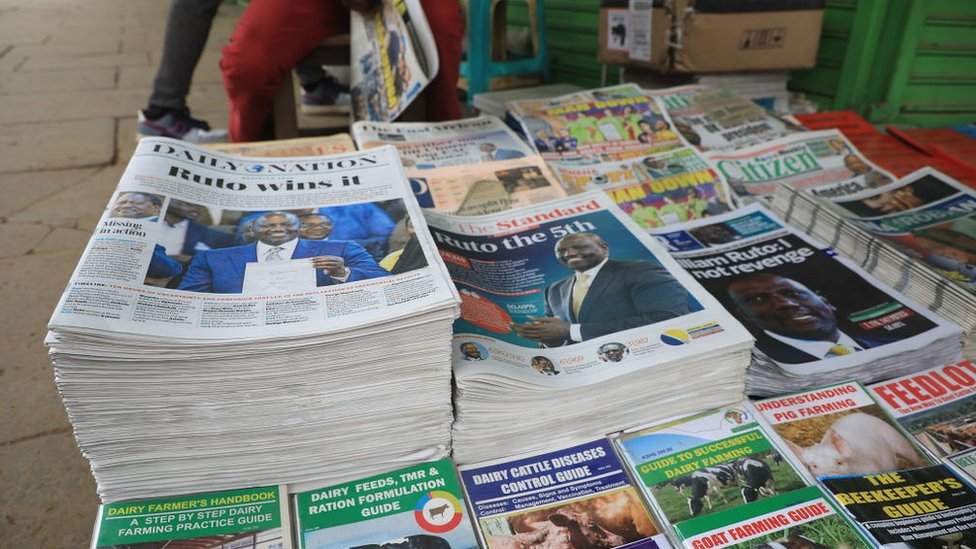 Kenya has a lively media scene and a small number of big players dominate the industry.

One of them, Nation Media Group, also operates in neighboring countries. The state-owned Kenya Broadcasting Corporation (KBC) is funded by advertising and a government budget.

Television is the primary medium and free-to-air digital terrestrial television is the most popular platform. The private channel Citizen TV is the leading channel in terms of audience and revenue.

Radio is thriving and there were over 180 licensed stations as of mid-2021. Entertainment, music and phone calls dominate their output. Radio is an important medium in rural areas, where most Kenyans live. Many stations broadcast in local languages ​​other than English or Swahili.

The highly competitive press scene is the most sophisticated in East Africa. The written press is dominated by two publishing houses, the Nation and the Standard.

Reporters Without Borders (RSF) said in 2021 that politicians “exert great influence over public and private media, which censor themselves”. He said journalists “are regularly subjected to physical attacks by security forces and the public”.

Kenya leads the region in internet connectivity, mobile phone usage and social media engagement. Mobile devices are the primary means of access. There were 47 million Internet users in December 2021, or 85% of the population (InternetWorldStats).

A 2018 cybercrime law has been criticized for criminalizing vaguely defined offenses and for allowing punitive measures against journalists.