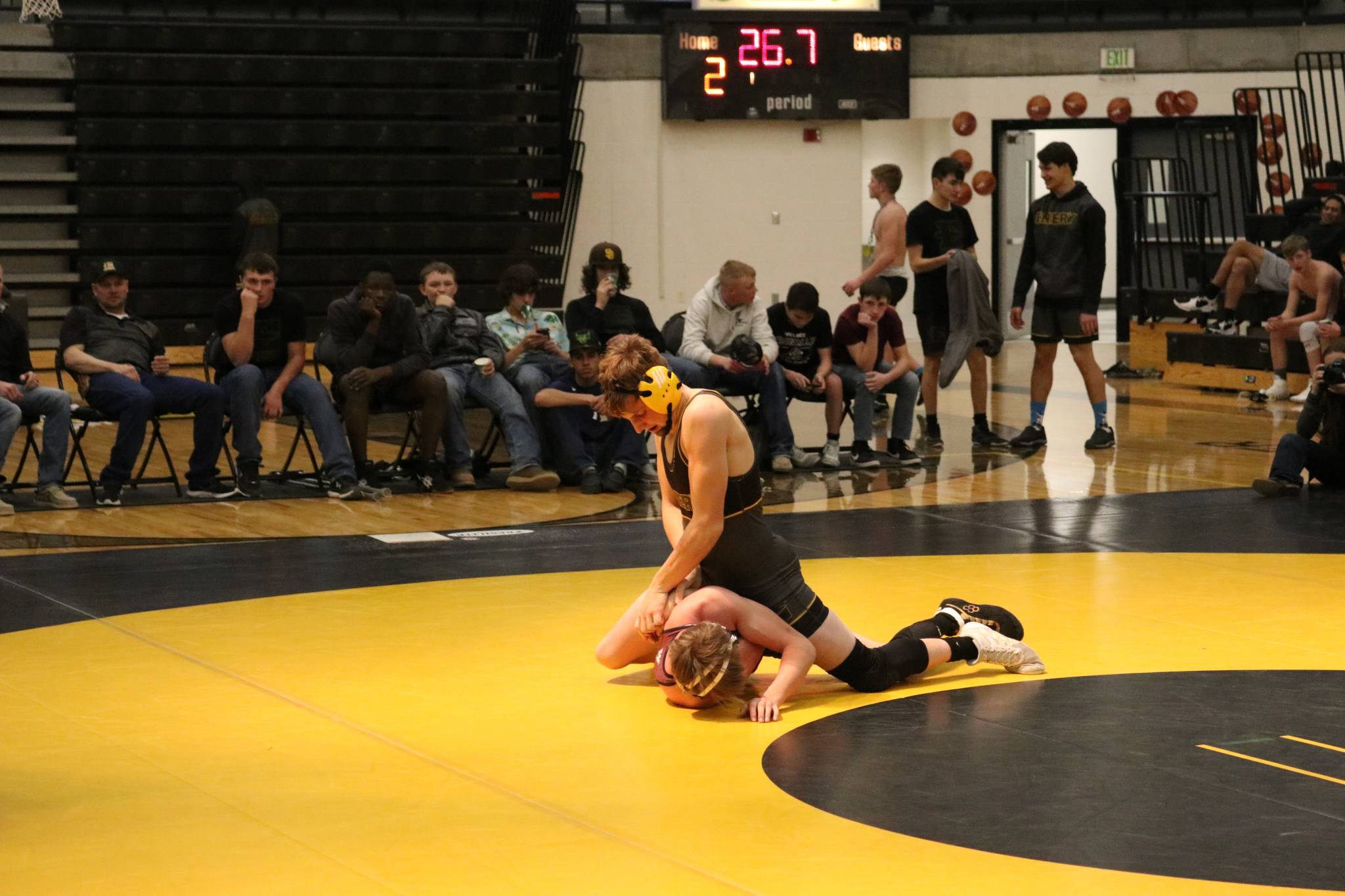 Over the weekend, the Spartans joined ranks heading to the Enterprise for a wrestling tournament. It was another top level tournament with schools from all classifications represented.

In 106, Monty Christiansen represented Emery well. He made it to the championship game, where he lost to Breyton Banks (Salem Hills) in a nail biter, 2-0. Dixon Peacock also performed well, taking fifth place in the weight class. Greg Suwyn (175) is another Spartan who qualified for the championship round. He also came just past Phoenix Oliver (Snow Canyon), but finished in second place.

Corbin Jensen (113) qualified for the semi-finals, where he was beaten. He then battled in the match for third place and won by decision, 8-2. A pair of Spartans filled the leaderboard in 126 as Merritt Meccariello took third and Hayden Christiansen took fifth. Easton Thornley then took fifth in 285 while Boden Christian came in sixth in 150.

Emery will then travel to Price to face the Dinos on Tuesday.